The Best DAW’s out today?

People are always asking “What’s the best DAW out there for making beats?”. The answer to that one is really it’s all down to personal preference. Most of them do the same things but in a different way. All have different workflows and it’s really down to how you work and which is best suited to you.

Here’s a quick rundown of the top packages available;

This is still the professional’s choice and has been for the last few years. Recent times have seen this software finally being able to run on both Mac and PC without the need for any external hardware. Meaning this software is now more appealing to the home producer.

This software needs no introduction, if you’re into production, you would have heard of this one. It contains everything you need to put together a complete track, everything is well thought out and come in at a really affordable price of £140, which is a damn sight cheaper than other DAW’s. 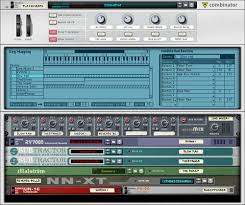 Reason has always been up there for being a great “in the box” product, the earlier versions had its limitations, such as unable to record audio and being self-contained restricted any expansion with plugin’s – Version 6.5 addressed this problem with the ability of extending your racks with extra instruments and effect bolt-ons.

Been around since day dot. Cubase is the godfather and has always been at the forefront of DAW’s. Earlier versions where somewhat cumbersome and over complex. The latest version 6/6.5 have addressed many gripes of existing users and have added some great new features. 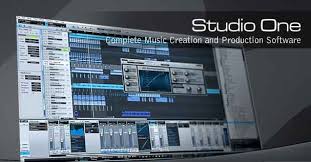 Only been around for a couple of years Studio One have shocked a few people in the industry as a very mature product and anyone who has used it will find this software very easy to get along with. Compatible with many formats, Studio One also comes with a built-in Melodyne audio editor. Although already a great product at version 2.5, this could be one to watch for the future. 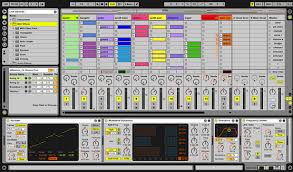 First released back in 2001 Live has gone from strength to strength. With its slightly different workflow than other standard sequencing programs it can take a while to get used to, but the popularity of this product speaks for itself. 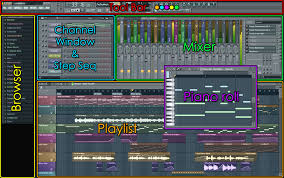 Started life back in the day as Fruity Loops, some deemed it as an entry level application but this product has now matured into a full on DAW. This product might not be for everyone but if the workflow agrees with you, you’ll never look back.

So there you have it. A quick rundown of what is available for all you creative minds out there.

There will always be the argument of “A” is better than “B”, but at the end of the day it’s down to you to find out which works best for you, and remember, there is no software out there that will make a tune for you. That’s where you come in!!